Abstract: A classical extreme sport must be the skateboarding. If the skateboard is driven by the electricity, that can be cool to ride it. And it must be a hit on the street-to ride Airwheel self-balancing air board M3.

Furthermore, the excellent battery capacity and long lifespan of the Sony lithium battery provides Airwheel electric skateboard M3with infinite power in order to let players surf on the land. Except for the strong driven force to guarantee 18 kilometers per hour to glide on the road, M3 is also breath-taking in its design. 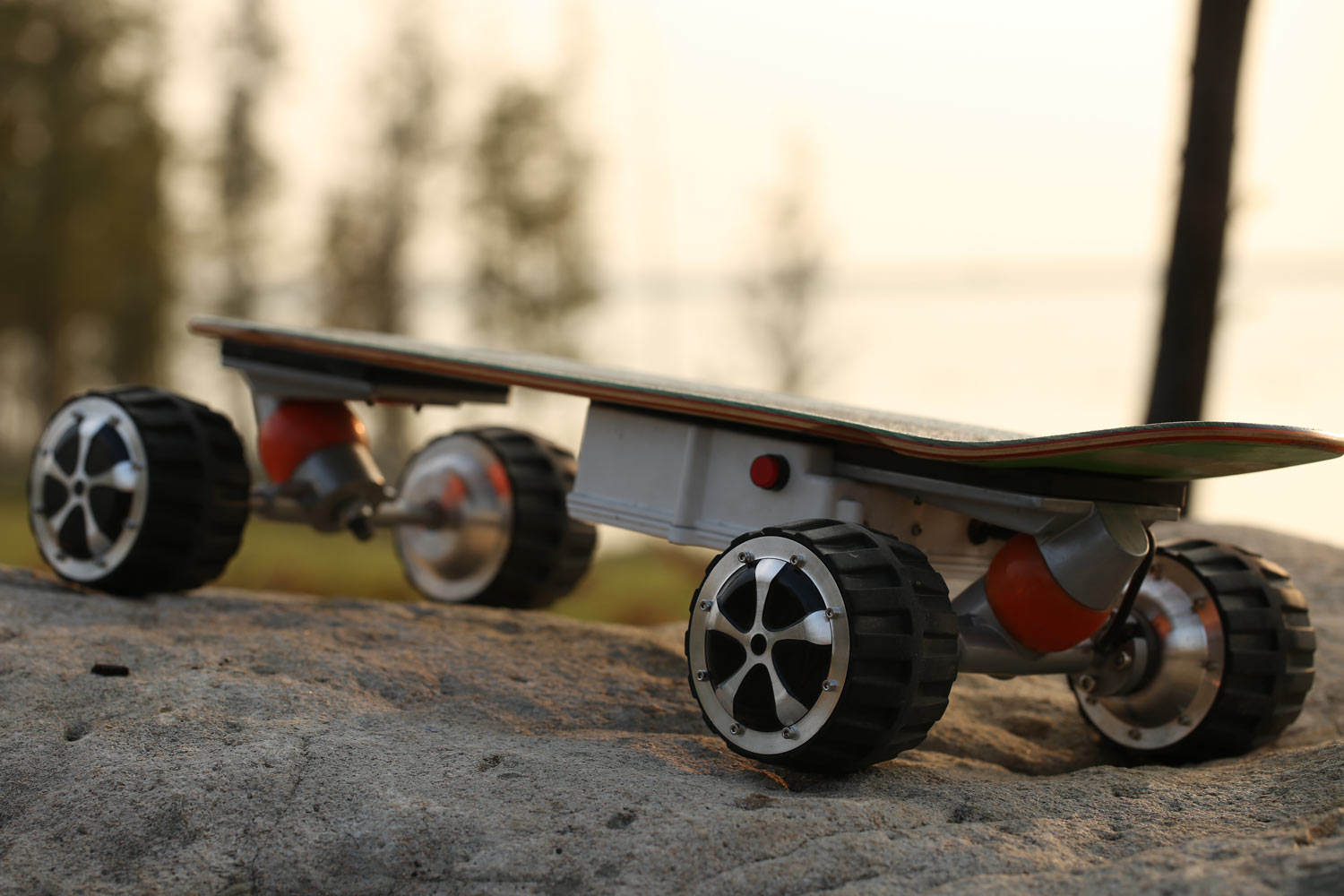 The decals attached on the maple board is up to players. They can choose a favorite one from the ready-made patterns created by Airwheel designers, or do it by themselves. It’s a good chance to show off the individualism to others. Above the four 4.5-inch grooved tires the damper mass is installed to offer a smooth skateboarding on the uneven pavements. A shinning point of electric skateboard M3 is the remote control. Its effective range to control is 10 meters. There are two buttons on it, the power button and the speed button. So when players want to stop skateboarding, it’s handy to switch off the power since the hand can hold the mini remote control. The speed button can render players to enjoy the fun of variable speed.

Through gradually sliding the speed button forward or backward, players can achieve to vary the speed at will. There is a safe note for all players. This remote control is not equal to the toy’s remote control. It’s dangerous to let the other one to manipulate the remote control, and one is skateboarding since the player has no idea about which button the other one will press. Then it’s bad for the player to keep balance on the board. The electric skateboards must be a hit when the rider glide it on the street with some tricks or stunts.