Abstract: Airwheel M3 electric skateboards has taken part in Indiegogo founding raising campaign. Its goal of fundraising is $50,000 with each one $399.00 to reward backers. The fun of M3 is not to ride it since it’s the same with any scooters capable of moving on the road. Nevertheless, the fun of M3 is to DIY it.

You’ve seen Justin Bieber, Kendall Jenner and JR Smith cruising on these things. However, these things they are using are called hoverboards. This M3 skateboard is different from hoverboards except that they’re both powered by batteries. Location of M3’s battery pack developed by Airwheel team is under the deck protected by a box with good heat dispersion. However, hoverboard’s battery is tucked inside the device, which can be one of factors to catch fire. Moreover, M3 is paired with a remote control in charge of changing speed and steering directions.

Although there are not big differences between the fun of playing electric drift hoverboard and hoverboard, the highlight of M3 allows users to DIY as they wish. First, users can paint what they like on the wooden deck, or stick decals on it. For some handy users, they can try to change the deck into some other material. Only if he’s good at pulling out screws and drilling locating holes, a diversified skateboard can be available. Apart from that, if the user is a wireman or electrician, he can even remove the exhausted battery pack, and mount the new one. In that way, the user can enjoy a longer range. But this tip is not for each player since it does require some manipulative ability. 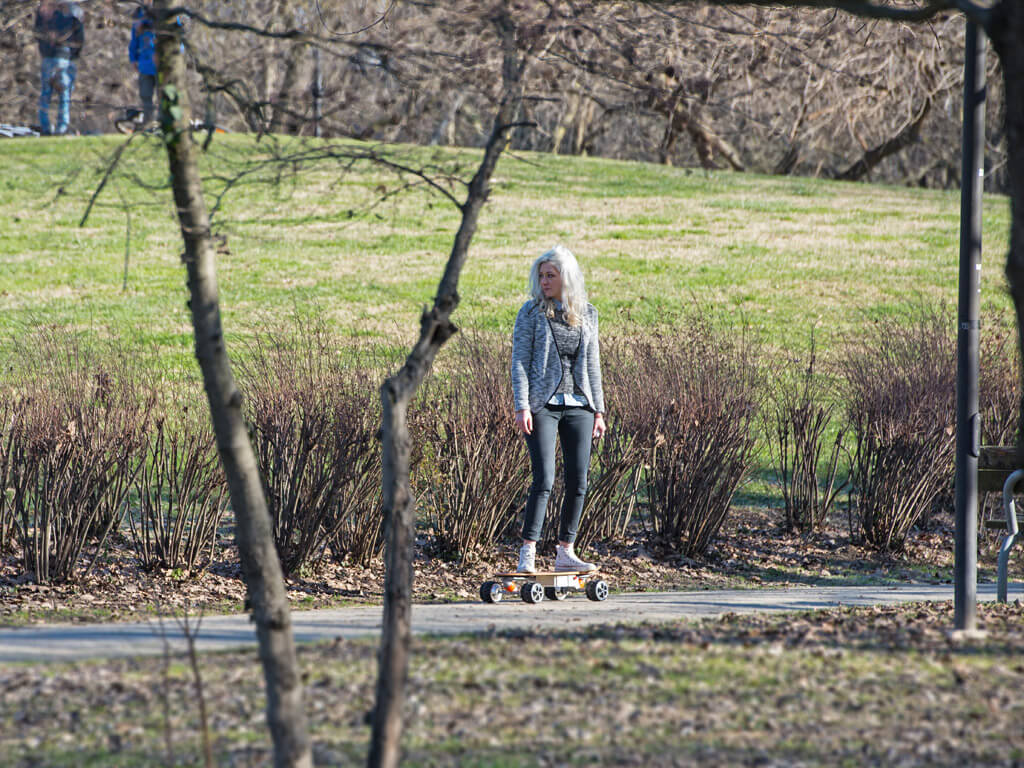 On the other hand, the four tires making M3 have smooth moves also allow users to modify them. If the user thinks the 4.5-inch tires are not big enough, he can replace them via some tools. After long-time using, the user can change the worn-out tires into new ones. At the same time, it’s a way to expand electric skateboard’s lifespan.

To be honest, the fun of riding any scooters or skateboard is the same. The extra fun from M3 electric hoverboard with smooth moves is to DIY enriching the riding time as well as improving manipulative ability. Please check this link for more details. http://igg.me/at/airwheel